Apart from my own good self, can you think of any other being more dashing, more suave, more debonair than James Bond 007?

What thoughts come to mind when one thinks of Bond? A well-tailored tuxedo? A Martini? A refined vernacular? Beautiful women with preposterous names (I mean….come on now)? Aston Martins, glamorous locations, casinos and perhaps above all else the idea that this spy is a suave gentleman.

When Ian Flemming invented the character James Bond, he did so with the actor David Niven in mind to best play the iconic role on the big screen, which he did in the ‘spoofy’ Casino Royale (1967).
In my eyes, Niven is a ‘God of Suave’ with impeccable style and an iconic moustache, comparable only to my own. Fleming’s vision of Bond was indeed the epitome of a true British Gentleman, which seems to have led to a tradition of sorts, with suave gentlemen playing Bond. So what then can be made of the latest, seemingly most popular, incarnation of the world’s most famous secret agent…Daniel Craig?

The modern audience does now seem to demand a little more from their Bonds. We still want and expect the traditional aspects, but we also demand a Bond that could realistically batter a fellow good and proper.

Dame Judi Dench who has co-starred with Daniel Craig says; Of course traditionally Mr Bond must be stylish, I need Bond to maintain high levels of sophistication, I want articulate altercations, not just brutish bashings (although I kind of get a thrill from those too). Bond’s propensity to scuffle whilst looking nothing short of dashing is what sets him apart from all of other tough spy types out there, he should remain (like myself), the embodiment of good taste. Thankfully, Daniel Craig has not disappointed in the style department, whether or not you love or loathe Bond, it seems one will always envy his wardrobe.

From Tom Ford suits to tasteful turtlenecks, in regards to fashion at least most men would want to be in James Bonds’ shoes.

Crockett & Jones actually provided several styles for the latest Bond offering ‘Spectre’. The Camberley has a spiffing double buckle which in my (not very humble) opinion is a wonderful example of how traditional style still works for the modern Bond and the modern gentleman.

One could argue that Bond = style perfection, but I am of the opinion that he fell marginally short due to being without a quality pair of British boxer shorts. Made here in the UK, Dick Winters luxury boxers are indeed designed to thrill, offering not only style but superb comfort, breathability and temperature regulating qualities.  Indeed, if ‘Q’ issued underwear, then these would be it, I tell you!  All one needs to keep cool above and below deck shall we say.

Anyway, must dash as I am off for drinks. Like Bond, I might just have to order a Martini with a little shake of Belvedere Vodka…and with not even the slightest hint of a stir. 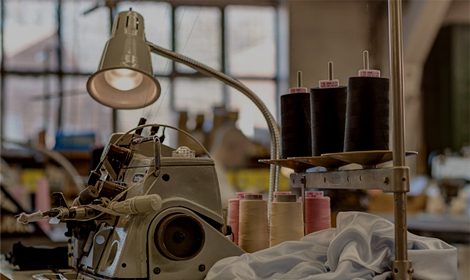 Skillfully Made in Britain

My friends often ponder over my eccentric and charming ways.  They ask, “Dick, how does one remain so confident and charismatic, and still look exquisite in everything one does?” I usually avoid this question with a hearty laugh and a

SIMPLY ENTER YOUR EMAIL ADDRESS TO RECEIVE YOUR 10% DISCOUNT CODE

*By applying you are subscribing to our latest news & exclusive offer emails. Fear not, we don’t email very often, and you can unsubscribe at any time.

Fancy 10% off your first order?